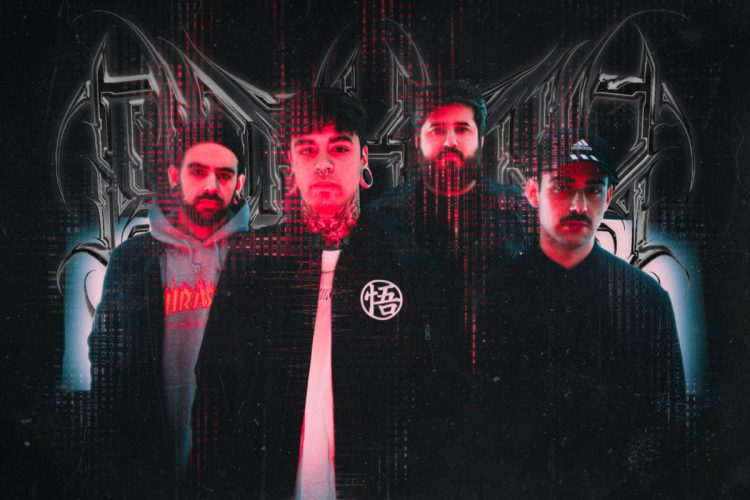 Barcelona’s “Alien-Themed Deathcore Unit”, Mankind Grief, have just dropped a fresh visualiser video for their track, Monarch. This mad little number is the title track of their debut long-player, due out June 24th on Lacerated Enemy Records. Check out the Slam Worldwide YouTube premier below!

“From their alien ship in Barcelona, MANKIND GRIEF are ready to spread their brutality throughout the planet with the help of Lacerated Enemy Records!

Formed in 2014, MANKIND GRIEF launched its first EP called Inquisitor, featuring collaborations with Andrew Ivashchenko from SHOKRAN and Fer from BONECARVER, with which they aggressively demonstrate to the world their alien-themed deathcore.

The saga of the Inquisitor now continues, with more brutality than ever!

Comments Lacerated Enemy of their newest signing, “We are pleased to present yet another great signing for LE Records this year. Mankind Grief brings a perfect blend of technicality, heaviness and groove and are sure to turn many heads with this fantastic debut album!”

FFO: Aversions Crown, To the Grave, Brand of Sacrifice