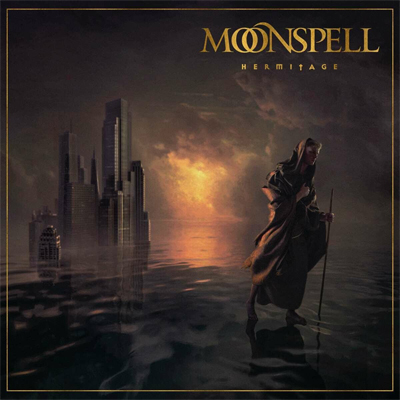 In the run-up to their 30th anniversary, Moonspell are in the depths of a new album.

To celebrate, they recently released a video for Common Prayers. Their previous video, The Greater Good, was deemed a little too much by Youtube, so if you want to see that, you have to hop over to  Napalm Records there (and that’s for the censored version).  Hermitage is out February 26th 2021.

Their debut album is out now on Wormholedeath/Aural Music, and is titled Pitchfork Justice. We think this is a band with something to say, and definitely one to keep an eye on, even at this early stage.

Another hot thrash tip here is one of our favourites of 2020; Harlott.

Their recent album, Detritus Of The Final Age is a highly impressive affair, and Idol Minded is a perfect choice to take to video, exemplifying the overall sound of the record. Check it out now on Metal Blade Records, and get ready to bang your head into mulch!

Meanwhile, Orcrypt have been getting nerdy with it, and recently summoned this video for Dice & Damnation.

The track is taken from their latest album, Balrog & Roll, and embodies their fantasy RPG based black metal attack. If this concept comes up all 20s for you, get over to Death To Music and raid yourself a copy.

This is the second release from the founding member of Dark Tranquility, with physical release not planned until February of next year. It promises to be more black metal, yet still investigate dark, cinematic soundscapes. If you need hard copy, pre-order it now, from Argonauta Records.

Taking things deeper into the extreme, Descent Into Maelstrom have delivered their new single, Pater, a brutal blend of blackened death metal.

They say the track is their “most direct and powerful, and represents the beginning of a renewed style that leads the band towards a new musical identity and new album.“

Italians are fairly well known for their cuisine, but Dogs For Breakfast is a new one to us!

The meaty feast of new track, The Blade Of The Lord, is rather tasty, though. Although the album, Suiru, came out in October, this is definitely worth a mention. Intense, hardcore, sludge, with a monochrome Blair Witch/Evil Dead video? Yeah, you’re watching this.

It couldn’t get much more foreboding, right? Well, yes, it can.

With The Raging River EP due for release if February 2021, Cult Of Luna have disinterred another masterful sonic landscape. Three Bridges (video below) is as dark as it comes, and as sombre as we all expect from COL. The EP is already up for pre-order from Season Of Mist, in collaboration with  the band’s own newly created label, Red Creek.